This post is useful to those who want to convert AWS ec2 instance from PV type to HVM type.

So below are the steps to convert the instance from PV to HVM virtualization type.

working @ Kalpavruksh Technologies as Software Engineer. I am a simple and straightforward person adaptable to any environment and work culture. Like to work in a creative and challenging environment using cutting edge technologies where I could constantly learn and successfully deliver solutions to problems. 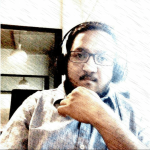