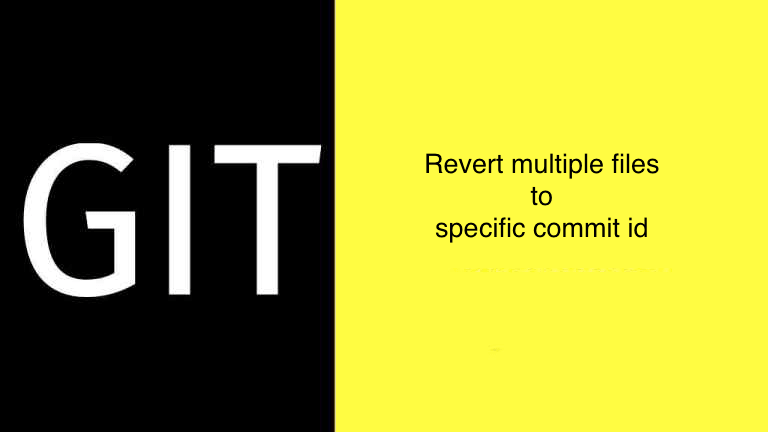 In this article, we will learn how to revert files to a specific previous version or commit id.

Have you ever faced a situation where you have committed some files in git, pushed them to the remote server, and then later wanted to revert some of the files to their previous states?

If yes, then it is very simple to git revert files to a specific previous version without making separate commits for those files.

For this, you just need file names and the commit id to which you want to revert those files.
And then, you need to run the below command using the above details.

In the above command,

Now, your files are ready to be committed to the previous version.

Using the below command, you can just edit the latest commit id with these changes so that you don’t have to create a new commit id.

In the above command,

I hope you like this article and helps you to solve your problems.